The IMSA Board of Trustees established its Alumni Awards program in 2006 to recognize the men and women of IMSA who deliver outstanding contributions to their fields of endeavor, to IMSA, and to the citizens of Illinois, our nation and the world.

The Board is pleased to announce four recipients of the 2022 Board of Trustees Alumni Awards. An on-campus celebration honoring the recipients will be held on October 21, 2022.

The Alumni Titan Award, an annual award, honors alumni, who through outstanding service to IMSA advance the institution’s mission and work. The honorees are enthusiastic and energetic IMSA champions who dedicate significant time, talent, and/or treasure to endeavors that help the Academy fulfill its role in developing talent and leadership in mathematics, science, and technology for our state, nation, and world. 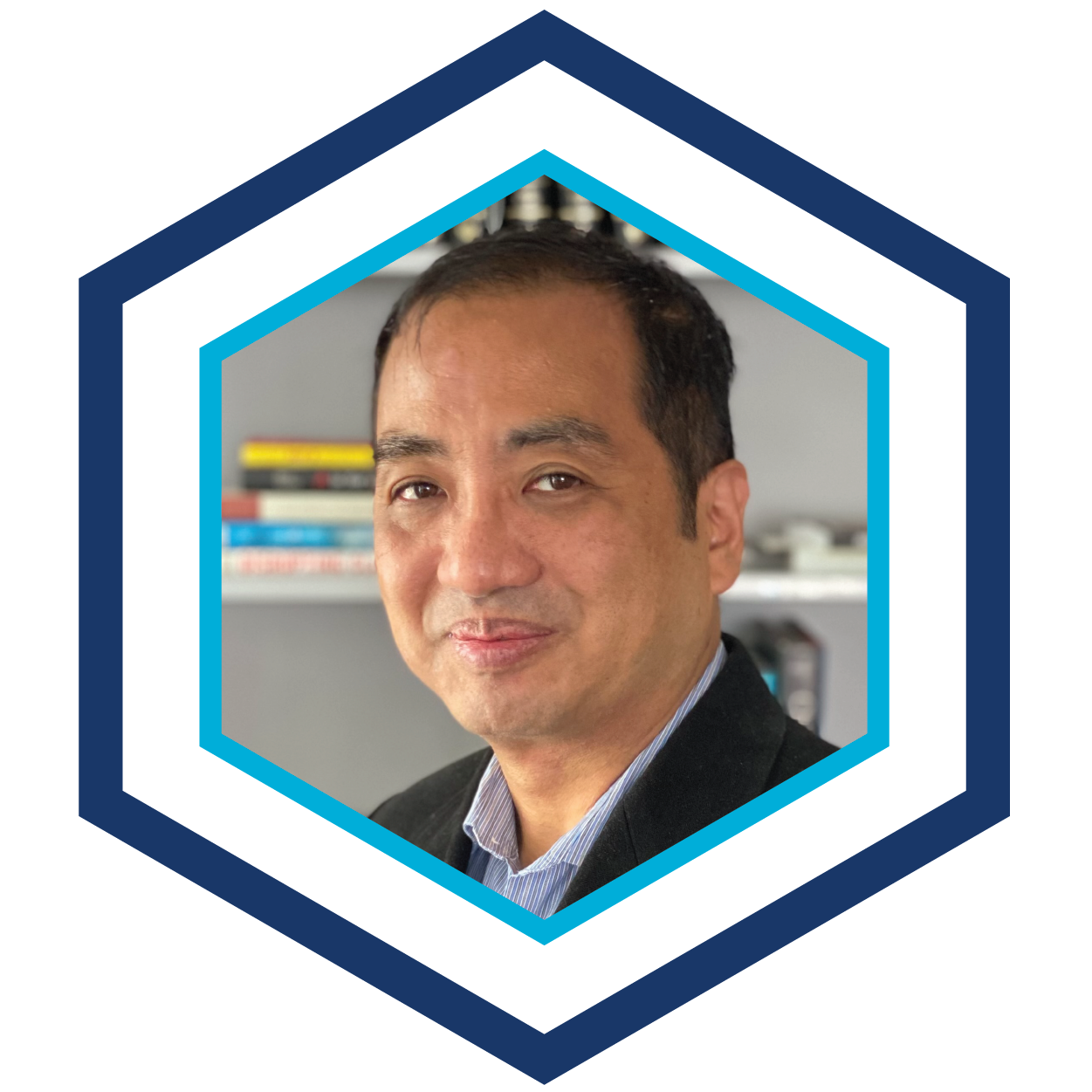 Robert M. Chang is the Founder & CEO of Sidetime, a modern software platform focused on enabling access to mentoring, experience, and expertise with the goal of strengthening communities, access, and opportunities for underrepresented groups and expanding charitable giving. He is an experienced cross-industry operator-investor with leadership roles at venture-backed startups, Fortune 50 companies, and non-profit institutions, including The Home Depot and the Harvard School of Public Health. He is an active early-stage impact investor and advisor, a partner at Bitspiration investing in early-stage science and technology ventures based in the Central and Eastern Europe (CEE) region, and a former partner at Mogility Capital. He currently advises Inverted AI, HeartScreen Health, and Everyplace Labs.

Robert currently co-leads Blue Titan Ventures (BTV), an early-stage venture capital syndicate investing in and supporting growth startups founded by Illinois Mathematics and Science Academy (IMSA) alumni. He collaborates extensively with Cathy Veal, former IMSA executive (1986-2015) and ambassador, as well as other former IMSA administrators and alumni. The syndicate has pledged to donate 50% of its carried interest to the IMSA Fund for Advancement of Education. In its first three years, Blue Titan Ventures has raised over $1.2 million, investing in four early-stage companies across healthcare, food, education, and machine learning. BTV continues to support opportunities to develop and strengthen IMSA’s entrepreneurial ecosystem. Robert’s dedication to IMSA has also included early support for IMSA IN2 and volunteering as Chief Strategy Officer to advance the school’s mission, entrepreneurial ecosystem, and impact.

Robert currently serves on two leading healthcare boards. He is Board Secretary and Chair of the Marketing Communications Committee for Vibrant Emotional Health, which runs state-of-the-art crisis lines, including the 988 Suicide & Crisis Lifeline (formerly known as the National Suicide Prevention Lifeline), NYC Well, the Disaster Distress Helpline, and the NFL Life Line. He is also a board director at the Chinatown Health Clinic Foundation, supporting the Charles. B. Wang Community Health Center, providing comprehensive, culturally relevant, and affordable healthcare for over 55,000 uninsured and underinsured Asian Americans.

Robert has also been an award-winning independent film producer focused on supporting first- and second-feature films by Asian American directors, with five films premiering and receiving awards at Sundance and SXSW, and a nomination for an Independent Spirit Award. He is currently supporting several innovative film and media projects as an executive and producer, including TenSky Entertainment. Robert graduated as an IMSA charter class member and received a BA in Sociology from the University of Chicago and an MBA in Finance and Nonprofit Management from the Yale School of Management. 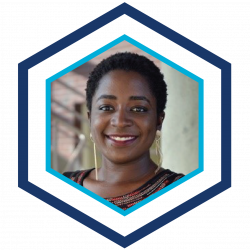 Jasmine Kwasa, PhD, is a National Institutes of Health post-doctoral fellow and Special Faculty at Carnegie Mellon University (CMU). Originally from the south side of Chicago, Jasmine developed a passion for creating outreach, access, and exposure opportunities for underrepresented groups at IMSA after she attended EXCEL. Graduating in 2009, she went on to study biomedical and electrical engineering at Washington University in St. Louis on a full ride as an Ervin Scholar, and went on to earn her M.S. and Ph.D. from Boston University and CMU, respectively. Her dissertation focused on the cognitive neuroscience of attention in young adults with ADHD using electroencephalography (EEG) and signal processing. During her schooling, she created and maintained several leadership roles in outreach / exposure activities serving Black and Brown students through the National Society of Black Engineers, the Clinton Global Initiative, and an independent non-profit for which she served as National Director, the E^3 Mentoring Program.

As a post-doctoral fellow and lead engineer at Precision Neuroscopics Inc., Jasmine now researches and develops emerging neuro-technologies optimized for coarse, curly hair and dark skin, such as EEG and functional near-infrared spectroscopy. Through this work, she fiercely advocates for racially and phenotypically inclusive medical device design within and beyond the neurosciences. Her work in the ethics space has been featured in Nature Neuroscience (link), the International Neuroethics Society, the Emory Neuroethics Blog, and the international #BlackInNeuro initiative.

Jasmine has received several honors and awards to fund her burgeoning scientific career, including being named a New Face in Engineering (2013), a National Science Foundation Graduate Research Fellow and Ford Foundation Fellow (2015), a Society for Neuroscience Fellow (2017), a National Institutes of Health Brain Initiative F99/K00 Fellow (2019), a Burroughs Wellcome Fund Fellow (2022), and a “Rising Star in Biomedical Engineering” by MIT.

In her free time, Jasmine is a dance fitness instructor and enjoys staying involved with IMSA through the Black Alumni Association (link), which she co-founded in Summer of 2020. She also enjoys travel and relishes time with her enormous half-Chicagoan, half-Kenyan family. Dr. Kwasa is available for speaking engagements related to best practices for inclusive design, STEM education pedagogy, and DEI&J in higher ed; technical talks on her findings in auditory neuroscience and inclusive EEG design; training and workshops for grant writing, essay writing, resume/CV polishing, and admissions at the high school, undergraduate, and graduate levels; and inspirational lectures for youth and college students in STEM

The Alumni Distinguished Leadership Award, an annual award, goes to alumni who have made distinguished achievements or leadership contributions in their professional fields of endeavor consistent with IMSA’s mission. The awardees also may be recognized for significant civic or community contributions or for extraordinary courage and selflessness under challenging circumstances. 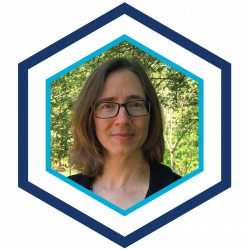 Sona N. Golder, Ph.D. currently holds dual appointments as a professor in the Department of Political Science at The Pennsylvania State University and a professor in the Department of Comparative Politics at the University of Bergen. She has distinguished herself in research, scholarship, teaching, grant activity, publications, and professional service in the field of Political Science.

Dr. Golder’s publications illustrate her commitment to advancing the field of Political Science through both research and teaching. Notably, Dr. Golder has published two important and well-regarded textbooks, Principles of Comparative Politics and Foundations of Comparative Politics, that show students how to take a scientific approach to answer core questions in comparative politics, rather than the standard approach of describing political institutions in a handful of countries around the world.

Dr. Golder has been awarded over four million dollars in external and internal grants, received the MacCracken Fellowship, and won the Brian Barry Prize from the British Academy for excellence in Political Science scholarship.

Dr. Golder’s excellence extends to exemplary service and mentoring in higher education. At Penn State, she chairs the College of Liberal Arts Promotion &amp; Tenure Committee. She has served on over 15 doctoral committees and 5 Master’s committees. She continues to serve as a mentor for numerous graduate students and junior faculty who are women and people of color. Dr. Golder also served for several years as the lead editor of one of the discipline’s leading general journals, the British Journal of Political Science, and as an editor of the Politics of Institutions Book Series published by Oxford University Press.

Dr. Golder also has developed and taught ten different courses in Political Science, including methods courses on Game Theory and Quantitative Analysis as well as substantive courses on Comparative Politics, European Politics, and Executive-Legislative Relations. As a leader in her field, Dr. Golder expands our knowledge and understanding of political institutions and behavior in advanced industrialized democracies. Using advanced quantitative methods to explain and critique international political processes, Dr. Golder is an amazing representation of what IMSA looks like 30+ years later, and how IMSA alumni continue to gravitate towards foundational knowledge of STEM, liberal arts, and social sciences to have an impact on the world through research, teaching, and service.

The Alumni Trailblazer Award, bestowed when merited, honors alumni who personify IMSA’s philosophy statement that there will be alumni who “create new intellectual worlds, cure a dreaded human ailment or in some other way significantly influence life on our planet.” The outstanding achievements of these honorees will have earned national or international prominence for a groundbreaking or sweeping initiative that has redefined and improved the way significant numbers of citizens live, learn or work. 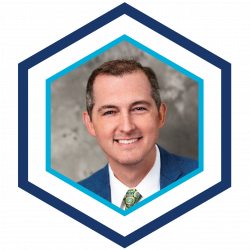 Dr. Joseph W. Turek, MD, Ph.D., MBA is an academic pediatric cardiac surgeon at Duke University in Durham, North Carolina. Since 2017, Dr. Turek has served as chief of pediatric cardiac surgery and executive co-director of Duke Children’s Pediatric & Congenital Heart Center. Prior to Duke, he served in a similar leadership role at the University of Iowa Stead Family Children’s Hospital from 2012-2017.

A native of Petersburg, Illinois, Dr. Turek attended IMSA in the second graduating class. He then graduated from Northwestern University with a degree in biochemistry and received his M.D./Ph.D. (pharmacology) from the University of Illinois in Chicago with Alpha Omega Alpha distinction. He completed his general surgery education at Duke University, where he also finished a cardiothoracic surgery residency. During this time, he served as a visiting congenital heart surgery fellow at Texas Children’s Hospital. Dr. Turek completed a congenital cardiac surgery fellowship at the Children’s Hospital of Philadelphia in 2011. He received his MBA with a concentration in Health Sector Management from Duke’s Fuqua School of Business in 2020.

Board certified in general surgery, thoracic surgery, and congenital cardiac surgery, Dr. Turek has been one of the foremost innovators of the last decade in congenital heart surgery, developing novel operations, modifying techniques, and introducing new products and procedures to children and adults with congenital cardiac disease. Most notably, he performed the world’s first co-transplant of a heart and cultured thymus tissue in an operation that could usher in an era in which solid organ transplant recipients can develop tolerance to their newly transplanted organ, recognizing them as “self”. In another highly innovative operation, he performed the world’s first partial heart transplant for a newborn without functioning aortic or pulmonary valves, maintaining growth capacity of the newly implanted valves. Additionally, he led the team at Duke in completing the nation’s first pediatric donation after circulatory death heart transplant with ex vivo reanimation as a means to expand the already limited donor pool of available organs. His clinical passion and expertise lies in high complexity neonatal heart surgery.