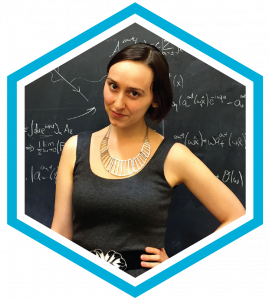 Sabrina Gonzalez Pasterski ‘10, also a recipient of the 2019 IMSA Distinguished Leader Award, earned an undergraduate physics degree from MIT in three years with a perfect GPA and is now a Ph.D. candidate in physics at Harvard’s Center for the Fundamental Laws of Nature. Generating buzz as the “next Einstein” in Inc. magazine and other publications, Sabrina’s research on black holes and space-time has been cited by the likes of Stephen Hawking. She has also been recognized by Forbes’ and Scientific American’s “30 under 30.” Sabrina is not only a first generation Cuban American, she was the first woman to graduate at the top of her undergrad program in 20 years and flies planes in her spare time.